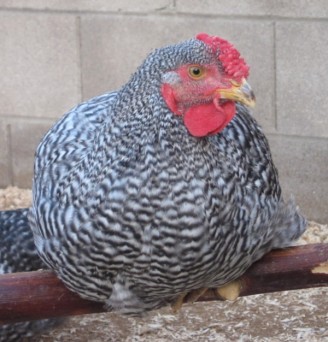 The Dominique, also known as Dominicker,  originated  in the United States. They are considered America’s oldest breed of chicken, probably descending from chickens brought to New England from southern England during the Colonial Era.  However, most modern Dominiques may be traced to stock developed by A. Q. Carter after 1900.

By the 19th century, they were widely popular and were raised in many parts of the country. The Dominique is a dual purpose breed, being valued for meat and their brown eggs. They weigh 5 to 7 pounds at maturity, are considered cold hardy, good mothers, and adapt well to confinement or free range. They are early to mature, and although sometimes considered flighty, I personally find then extremely calm. The birds’ plumage pattern, also known as “hawk coloring”, offers some protection against some aerial predators.

Egg Production
Although categorized as a dual-purpose breed, these birds are first and foremost egg producers with hens averaging 230-275  medium-sized brown eggs.

Sexing Dominique Chicks
Sexing the Dominique is really pretty simple, with about a 95% accuracy.  The cockerels have yellow shanks and toes, the pullets have a grayish black coloration on the front of their shanks and also on the top of their toes.  The color differences become less apparent as the chicks mature.

Popularity Concerns
Since the 1920′s the Dominique’s popularity was on a steady decline, by 1970 only four known flocks remained.  Dedicated breeders participated in a breed rescue and their numbers showed a rise in numbers from 1983 to 2006.  By 2007, once again a decline was observed.  Presently,the American Livestock Breeds Conservancy (ALBC) has put the Dominique on the ‘Watch’ list.

Of all the breeds of chickens I’ve kept here on the farm, the Dominique is by far my favorite.  They are very sweet, hardy, and most important in these parts, tolerant to our hot summer temperatures that climb above 110. 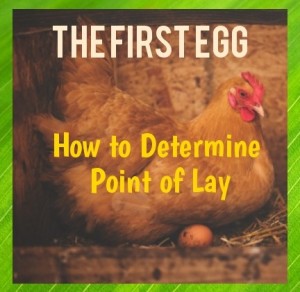 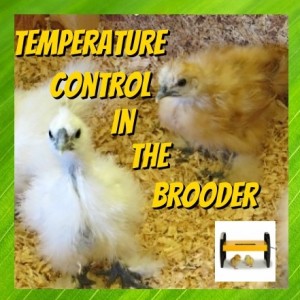